Founded in 1983, Al Nahda National School for Boys is a private English medium school located in Abu Dhabi offering both American and British Programs and catering for students from Grade 4 to Grade 12. There are currently 2,224 students enrolled (ages 10 to 19 years old). Al Nahda National School for Boys is under the jurisdiction of the Abu Dhabi Department of Education and Knowledge (ADEK) and the UAE Ministry of Education. The Boys’ School campus is divided into three sections: the Primary Division (Grade 4 - Grade 6), the Middle Division (Grades 7-9), and the Secondary Division (Grades 10-12). The school is proud of the accreditations it has achieved globally and furthermore has been judged a Good school being placed in the elite ‘A’ band of schools in Abu Dhabi. 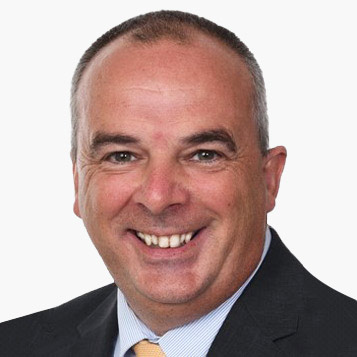 Dear Parents, Students and Visitors, I want to welcome you to our school’s website and I hope you get to see the wonderful things that the students of Al Nahda National School for Boys get to experience every day. As the Principal of such a revered and important school in the amazing city of Abu Dhabi, I am keen to make the leaning journey of our students the best it can be. We want to continue to provide the future leaders of this great country, both politically and economically. Our alumni count many of the country’s top governmental officials, CEO’s of the biggest companies and many more people spread around the world in positions of high importance and influence.

Al Nahda Boys School is accredited by both the Council for Independent Schools and New England Association of Schools and Colleges. These 2 boards give accreditation to schools worldwide so that any future employer or University can be confident that the school has provided a first class education to their students. Combine these accreditations with the ADEK inspection, which grades the school as a good school in the top band; Band A, you as parents and students can be assured of the quality of education we provide and know the boys of Al Nahda are secure in their education. Not only is Al Nahda a fantastic educational establishment, but it is one that goes the extra mile for the students we care for. We have excellent sports teams, robotics clubs, debating teams and so many more extra-curricular, fun clubs for the boys to apply their learning and improve their sociable skills. Our social and wellbeing team ensure that the students are happy and our activities coordinators plan many educational and exciting visits. Everyone comes together as the family of Al Nahda to make the boys time in the school academic and fun so they turn into Global Citizens that can make their mark on our world in the right way. We follow the guidance of the Islamic faith to ensure our community understands how we can live together as many nationalities, cultures and people, but as one united body.

Every day it is a privilege to see our students (in school or online) achieving more and more. To be a part of supporting their growth and development can never be taken for granted and the staff of Al Nahda takes their responsibilities to heart. However we are more than just a school, we are a community of students, staff, governors and parents and our events such as National Day, Cultural Evenings and many more bring our school family together. We love to have a strong bond with the parents of our students so we work as one for their sons. We hope all our families continue to feel a part of the school during these difficult pandemic times and encourage their friends and relatives to make an impact in the world by allowing their sons to join us at Al Nahda.

Al Nahda is a truly incredible place to be a part of. If you are not convinced look on our social media pages, in particular Instagram @ans.abudhabi where you will get to see more of how our school smiles and works as one body! 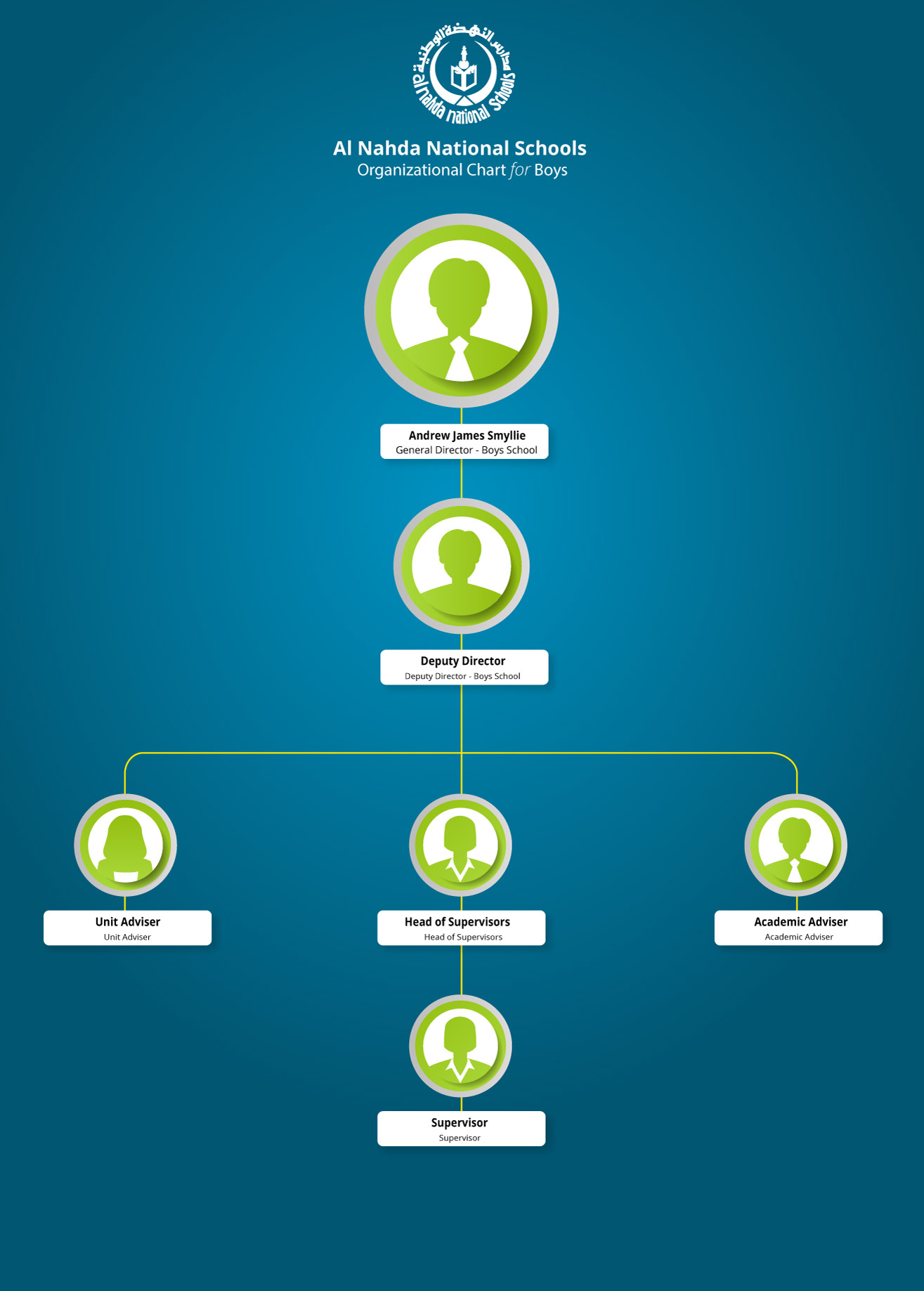 I come from a family of teachers and have been in education all my life. I studied a Bachelor of Education in one of Birmingham's premier Universities, Birmingham University. Here I studied PE and was awarded Valedictorian. This excellent teaching degree gave me the love to go on to teach in the primary age group. I worked in Birmingham in England for 4 years developing my teaching craft.

In 1996 my wife and I moved to Abu Dhabi where we taught for 2 years and developed a love of the UAE. Upon the birth of my eldest daughter we returned to Birmingham in England where I worked in one of the toughest areas in the UK, Handsworth. Here I was able to rise through the ranks to assistant principal and then to vice principal. I continued my leadership path by studying the rigorous masters equivalent qualification of National Professional Qualification for Headship. I was one of the first vice principals in Birmingham to gain this qualification and a year subsequently I became the 2nd youngest Principal in Birmingham as I moved to another school in the city. As Principal I quickly established a family atmosphere where we showed our care and dedication to our students. The love and devotion I instilled in the staff turned the school from a failing school into one of the best schools in the city. At this time as Principal I became involved in working with the city's equivalent of ADEK and worked with them on shaping how we developed teaching in the whole city. I left my Principal's role to become a self employed consultant working with many schools to develop better teaching and improved leadership across the Midlands.

In 2016 my family and I moved here to Abu Dhabi and I took on a Vice Principal role in Al Rabeeh. Here we went through 2 successful inspections ensuring the school met the needs of the mainly emirati population. I moved to Al Nahda in 2019 to take on the Vice Principal role and immediately felt this family was somewhere I wanted to be. I am proud to take on the role of Principal and I am sure together with the staff and parents we will ensure that all the boys will reach their full potential. I believe strongly in involving parents in the learning journey of their children and am always available to talk to anyone on any issue. 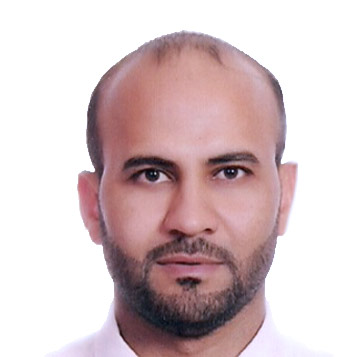 Bilal began teaching Science and Chemistry in Al Nahda National Schools for boys thirteen years ago, and was a Science Lead Teacher prior to taking on Academic Advisor (4-6). Besides, he also works as Biology teacher for secondary classes in the school.

Bilal joined Al Nahda School in the year of 2007, and most recently was appointed as Academic Advisor for grades 4 to 6. 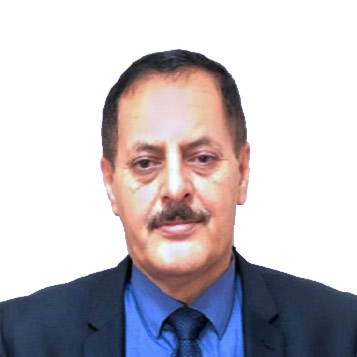 Imad Jebaiti has received his Bachelor in Education from An Najah University in Nablus Palestine. He specialized in major of Teaching methods/ Arabic language.

Imad Jebaiti has joined Al Nahda National School in October 2007. His role is Head of Faculty Cycle 1 for grades 4-6. 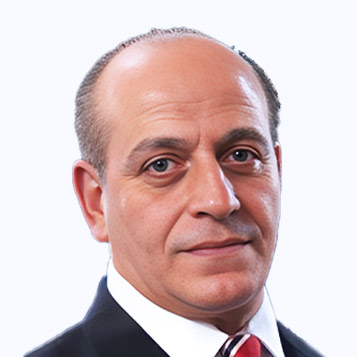 Majed Kaddoura graduated with a Bachelor's degree in education, with a major in English language and literature(teaching), from the Lebanese University in Lebanon.  Along with his educational career, Mr. Kaddoura has completed many Professional Development courses.

Majed Kaddoura began teaching English as a foreign language in the American center (Lebanon) and in the United Nations vocational training center and schools in Lebanon and was a teacher, student counselor, and English coordinator prior to taking on his current position as an academic advisor. Majed Kaddoura joined Al Nahda School in 1995 and most recently was appointed as an academic advisor for grades 7, 8, and 9 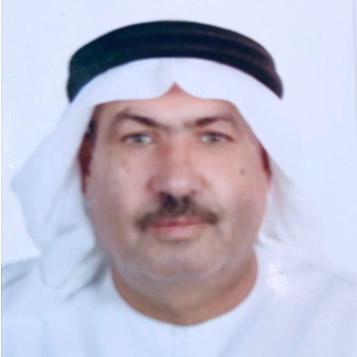 Mohamed Hussam Eldein Al Farra graduated with a Diploma in Literature, with a major in Geography, from Tanta University in Arab Republic of Egypt.

Mohamed Hussam Eldein Al Farra began teaching Geography in the Armed Forces and was supervisor prior to taking on the position of Head of section.

Mohamed Hussam Eldein Al Farra joined Al Nahda National Schools in the year of 2001 as Geography teacher for Preparatory and High School then and most recently was appointed as Head of Section – Preparatory School. 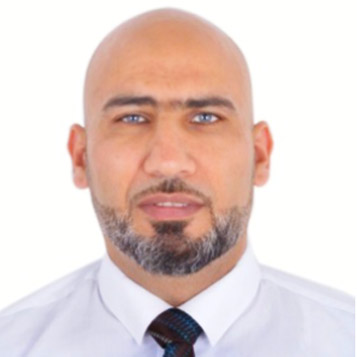 Mr. Yassine began teaching Geography and science in Majdil Balhis Public School in September 2000 and worked for 6 academic years in three different public schools in Lebanon as Maths, Science and Geography teacher before he moved to the UAE.

Mr. Yassine joined Al Nahda School in the 2006/2007 academic year as a Social Studies teacher for the primary cycle.  He was assigned as subject lead in 2010 until 2017 when he became a supervisor for grade 11 and most recently Mr. Yassine was appointed as Head of Secondary Section ( Grades 9 & 10) in September 2019. 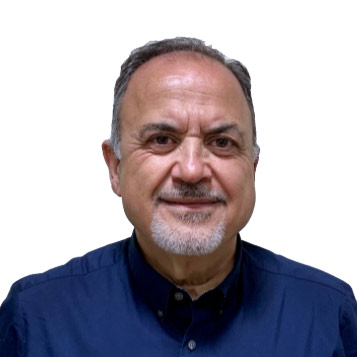 Mr. Bassam Al Hafiz began teaching mathematics in SABIS international schools and was a mathematics teacher and coordinator prior to taking on his current position as an academic advisor.

Mr. Bassam Al Hafiz joined Al Nahda School in 1986 and most recently was appointed as an academic advisor. 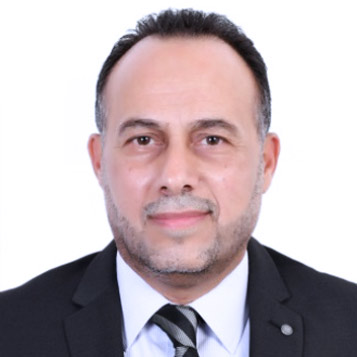 Student Behavior and Code of Conduct